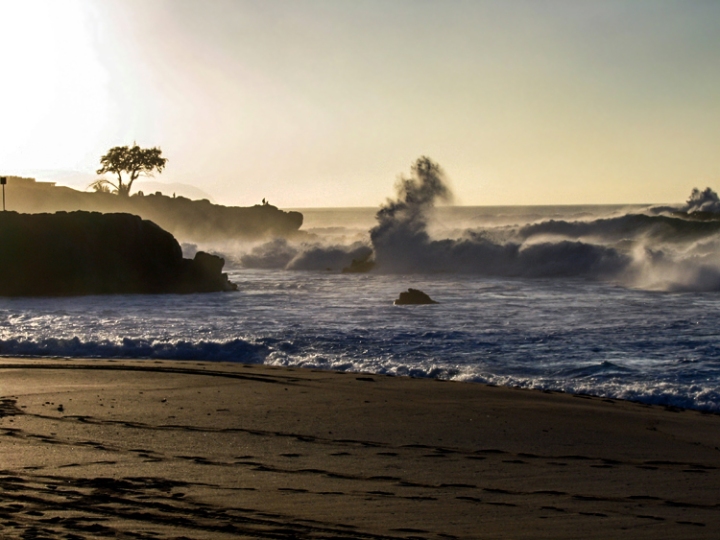 I’m using a few of my older photos for this weeks photo challenge.

The first photo was taken in Berlin during a Holi Festival. I can still feel the excitement as the DJ counted down to the moment we threw our colored powder as high as we could. We all cheered, laughed and danced as the colors settled down.

The second photo was taken in Hawaii during the winter surf season. The waves roared and thundered. Spectators sat silently on the beach to marvel.

The third photo was taken in Berlin during a festival called Karneval der Kulturen. At the end of the day-long parade, drummers got together and played for the happy, dancing crowd.